Skip to Main Content
It looks like you're using Internet Explorer 11 or older. This website works best with modern browsers such as the latest versions of Chrome, Firefox, Safari, and Edge. If you continue with this browser, you may see unexpected results.

What is critical thinking?

Scriven and Paul (1987) state, “Critical thinking is the intellectually disciplined process of actively and skillfully conceptualizing, applying, analyzing, synthesizing, and/or evaluating information gathered from, or generated by, observation, experience, reflection, reasoning, or communication, as a guide to belief and action.”

According to dictionary.com, critical thinking is defined as “disciplined thinking that is clear, rational, open-minded, and informed by evidence.”

The Lexico Oxford Dictionary refers to it more succinctly as “the objective analysis and evaluation of an issue in order to form a judgement.”

Academic or intellectual thinking must be critical. As we can see from the definitions above, it is not a single step procedure, but rather it is a process that begins with readers displaying a healthy amount of skepticism about what they are reading. In other words, you should not accept blindly the arguments and evidence you are given, even if they come from a leading expert in the field. Instead, you should be more like a jury member in an important legal case. You should read a text critically by weighing up all the available evidence in an objective and rational manner before arriving at your informed judgement on any particular issue. This involves looking for different angles to any argument and critically evaluating the claims made and supporting evidence used. In short, you must not accept what you read before questioning its validity.

Why is it important?

It is important because the ultimate aim of academic study and endeavor is to create new knowledge. In academia, as pointed out by the University of Edinburgh, knowledge is "provisional" and "contestable." In other words, the knowledge that is accepted today may not necessarily be accepted tomorrow if "new, more convincing evidence or theories are produced."

While memorisation, description and explanation of ideas and concepts may suffice at secondary school, higher education, especially graduate studies, requires critical thinking to be evident in the oral and/ or written work that you produce. When critical thinking is applied to current knowledge, it can ultimately result in the creation of new knowledge, which in turn will be critically analysed and built upon by future scholars.

Both at university and in the workplace, the ability to think critically is of vital importance. At university, you need to be able to support your arguments/ opinions with appropriate evidence. However, arguments and evidence are only of value if they have been critically analysed, as it is this element that demonstrates a deeper understanding and engagement with the subject matter. The same critical thinking skills can be applied practically in the workplace when, for example, you are involved in planning or problem solving. 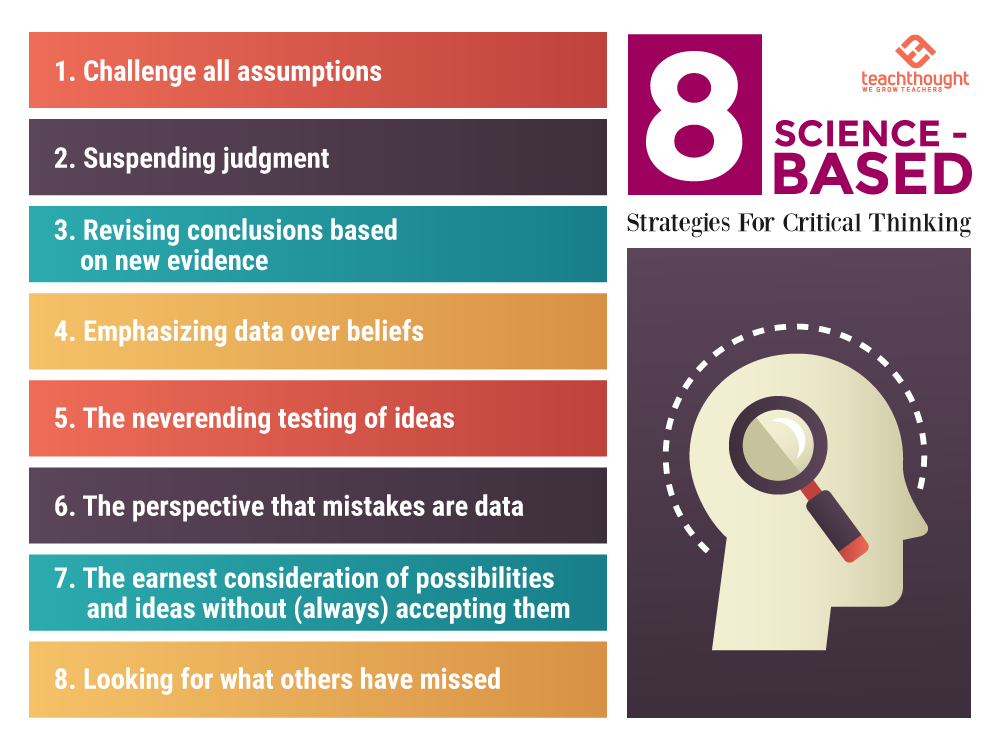 Critical Thinking at University: An Introduction (University of Leeds)

Critical thinking is a vital skill at university and later in life. University study introduces you to new concepts and ways of learning, and it requires you to think critically. You need to know how to question information sources and how to evaluate different arguments.

Despite critical thinking being so important, students are often unprepared when they start their studies. This free course will show you what critical thinking skills you need at university level, how they can be applied to different disciplines, and how to use practical strategies to develop these skills for a successful academic life.

This course has been ranked as one of the best online courses of all time by online course aggregator class central.

Why do people make choices that they later come to regret?

Clearer Thinking’s mission is to close the gap between insights from research about human behavior and actions in the real world. They utilise the best research available and carry out original studies in order to build best-in-class, interactive tools and mini-courses that can be used to change habits, make better decisions, and achieve goals.

What is Critical Thinking?

Descriptive and Critical Writing Differences (University of the West of Scotland)